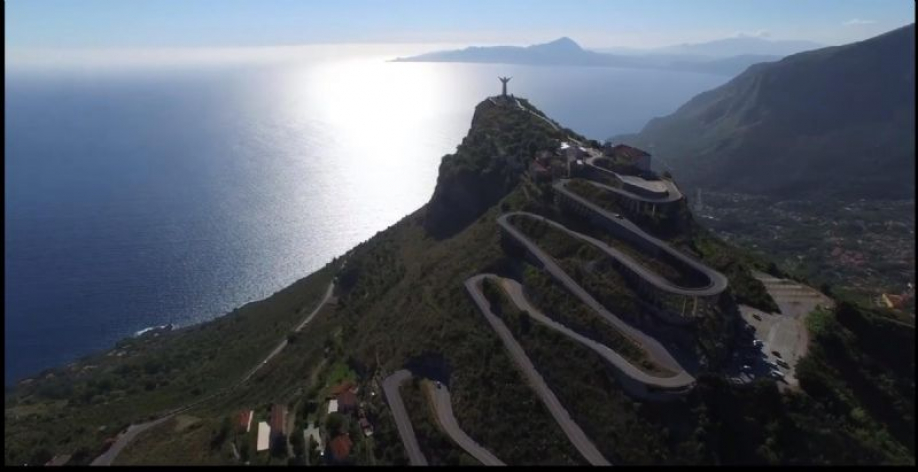 Marathia in the Marateota dialect, [maratia], is an Italian town of 5 088 inhabitants in the province of Potenza, the only inhabited center of Basilicata to face the Tyrrhenian Sea. It is one of the main tourist destinations of the region, so as to be nicknamed "the Pearl of the Tyrrhenian" for its picturesque landscapes and artistic and historical heritage. Maratea is also called "the city of the 44 churches" for the numerous churches, chapels and monasteries, built in different eras and styles, some of which represent significant episodes of the artistic and religious history of the region. On 10 August 2015 the municipality of Maratea formalized its application to become part of the UNESCO

World Heritage list. The statue of the Redeemer or Christ the Redeemer is a colossal sculpture placed on the top of Mount San Biagio, above Maratea, in the province of Potenza. It was made with a particular mixture of cement and scales of Carrara marble by the Florentine artist Bruno Innocenti between 1963 and 1965. It is 21.13 meters high.